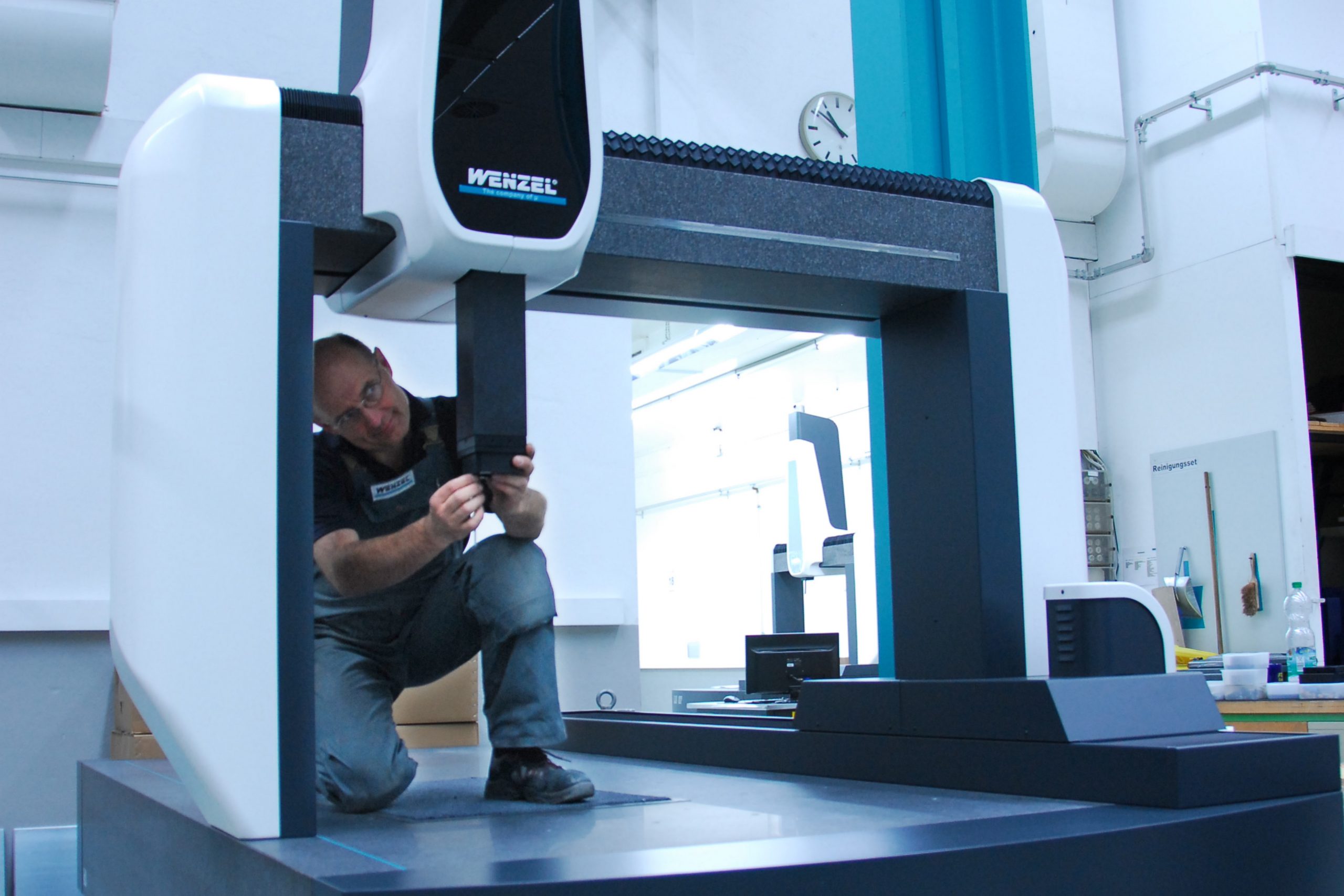 At the measuring machine manufacturer WENZEL, one of the market leaders in the field of innovative measuring technology, whose main customers include not only mechanical engineering and the automotive industry but also companies from the aerospace industry, service is an elementary component of business operations. In order to further optimize the high support quality, the Service Management System from Innosoft was introduced this year.

The WENZEL Group GmbH & Co. KG used different databases and programs for process representation and resource planning. Now, however, it was decided to set up an all-round package as part of the future-oriented WENZEL 4.0 project. In the course of this project, the company wanted to increase efficiency within the company, move away from isolated applications and provide more transparency between departments.

After the globally established company had presented Innosoft for the first time in a large round at its international service meeting, it was decided to push ahead with IT support for service processes. By means of remote presentation of the Innosoft Resource Planning, also representatives of the US location could be involved. Thus, nothing more stood in the way of a workshop for the development of joint solution approaches for the previously defined and documented requirements of the service processes. 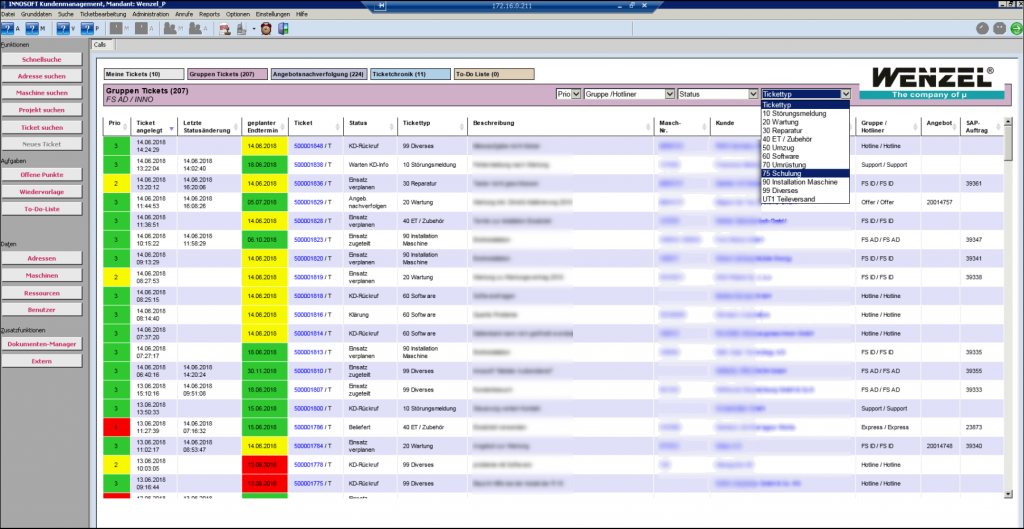 Trainings and acceptance tests before the go-live
After the project schedule and scope had been defined in the requirements specification and the order had been placed, an initial kick-off meeting with all parties involved was held in February 2018. The first task was to program the necessary interfaces for integration with the existing SAP system so that order data did not have to be maintained twice and manually. In the two weeks before the go-live at the end of April, the key users had to be trained and user acceptance tests had to be carried out. In order to clarify the question of whether the desired processes can be well mapped with the software, Innosoft project manager Thomas Loeber simulated some real examples with the users on site.

Afterwards it was time for the training of the programs. According to project manager Loeber, the “acceptance was exceptionally high. The employees very quickly recognized the advantages the new system offers them.” These advantages include, for example, the increased clarity in the tickets and ticket overviews. Coloured markings for priorities or deadlines make it immediately clear what needs to be understood particularly acutely and quickly.

Thomas Loeber has created various clear presentations for this purpose, which enable faster and more targeted access to the desired information. In addition, the e‑mail integration offers great advantages for spare parts supply. Directly from the Innosoft system, a subticket containing the information necessary for an order process can be generated and forwarded to the appropriate department.

Gradual introduction before international rollout
The first stage of the introduction in Germany took place at the end of April. In addition to the Ticket System and Resource Planning and Document Management, this included the connection to the Outlook system described above. As a second step, the installation of the Innosoft Sales Management including a connection to the existing SAP system will follow shortly. The orders created in SAP can then be conveniently transferred to Innosoft and then processed further there. As a third step, the Mobile Field Service is to be connected as early as autumn. By means of this the WENZEL technicians can report their times directly from Innosoft to CATS, the time recording system of SAP.

For the end of the year, the fourth and initially last step is the introduction of Innosoft’s Maintenance Management. Besides the administration of maintenance contracts, a special contract management with various suppliers is planned. This step-by-step approach makes sense from two perspectives. On the one hand, the development and adaptation effort for Innosoft programmers would be extremely high if all modules were put into operation at the same time. On the other hand, it would make it easier for users to start working with a new system if the new processes were integrated into existing work habits instead of replacing them with a completely new program environment all at once.

Synergy effects through cross-border planning and central data evaluation
For this reason, the complete installation in Germany is to be completed and brought to a smooth start before the international rollout for the world’s largest family-run measurement technology provider follows. After the headquarters in Wiesthal, it is planned to initially connect the sites in Italy and the USA. Further rollouts for global solutions are to be worked out for all subsidiaries in Great Britain, France, Switzerland, China, India and Singapore. Synergies can thus be achieved through cross-border planning and data that can be evaluated centrally.

In the future, it should be possible to evaluate error codes and, with the collected know-how, create a knowledge database that can be of use to all technicians and service staff worldwide, regardless of the local language. Whereas today’s technicians are mainly active in their assigned sales territories and carry some equipment for the sensitive settings of the measuring systems, which is why the journey to the customer is usually made by car, it may well make more sense in urgent cases to travel a longer distance by air. In this way, highly qualified experts can be specifically deployed worldwide.